This last section will analyze Canada’s redress efforts in regards to the internment and deportation of Japanese-Canadians. In particular, the redress efforts in the 1970s and 1980s will be analyzed (ie: the Japanese Canadian Redress Agreement in 1988). This section will also attempt to provide some insight on the sentiments and feelings among Japanese-Canadians regarding the long-term effects of the abuse they faced, their views on ‘Canadian identity’, as well as their opinions on the redress efforts.

During the 1970s, The National Association of Japanese Canadians (NAJC) campaigned for reparations and sought to persuade the Canadian federal government to acknowledge the previous abuses and negotiate compensation for Japanese-Canadians. However, this “redress movement” was met with some resistance. For example, some Canadian war veterans opposed reparations for Japanese Canadians feeling that “that is over and done with…now is too late to offer restitution or to admit to a mistake which the Japanese feel was a mistake…the former government said that national security was involved there and consequently they acted in the best interest of the country”.[1] 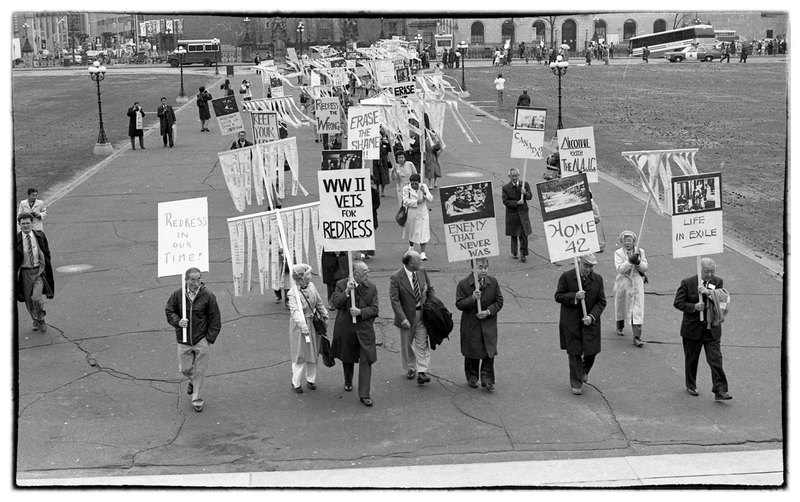 The Canadian government opened negotiations in the mid-1980s. A token group settlement of $6 million was offered in 1984. Some Japanese-Canadians at first wanted to accept this, as it seemed politically realistic and feared demanding more. However, the NJAC felt that accepting this offer meant perpetuating the wartime attitude that Japanese-Canadians could be considered weak, and wanted a negotiated (not an imposed) settlement and acknowledgement that both group and individual human rights had been abused.
An agreement was reached on September 22, 1988.

The [Japanese Canadian Redress Agreement] acknowledge[s] that the treatment of Japanese Canadians during and after World War II was unjust and violated principles of human rights as they are understood today; pledge[s] to ensure, to the full extent that its powers allow, that such events will not happen again; and recognize[s], with great respect, the fortitude and determination of Japanese Canadians who, despite great stress and hardship, retain their commitment and loyalty to Canada and contribute so richly to the development of the Canadian nation.[1]

Prime Minister Mulroney gave an official apology, acknowledging the wartime wrongs. A compensation payment of $21,000 to each Japanese-Canadian wronged, a community fund of $12 million to rebuild infrastructure, and Canadian citizenship for those wrongfully deported were given. In addition, $24 million in funding was given for a Canadian Race Relations Foundation to support human rights projects.[2] 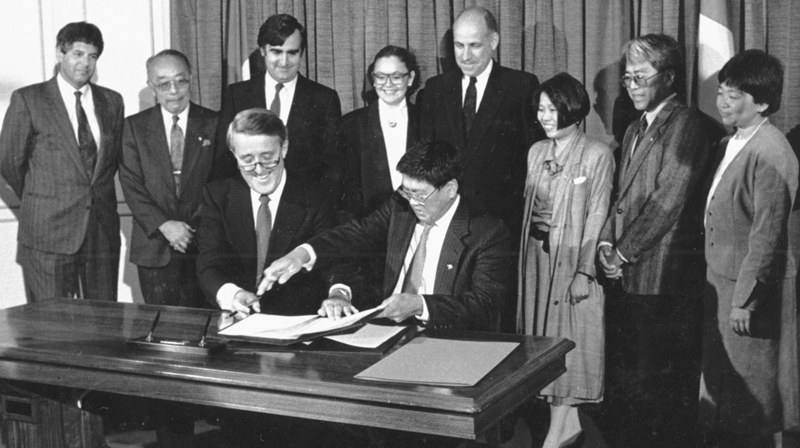 Was This Enough? – Sentiments and Feelings Among Japanese-Canadians

“I think the compensation was 10 cents for every dollar or something like that… and [my father] simply dismissed it, he could’ve got something back for losing his business but he said it was just not worth the trauma and pain to have to go back and think about it.”

"For a long time…I was very, very confused, bitter. I didn’t want to have anything to do with Japanese kids because they were a constant reminder of the fact that I was one of them. And yet, I was terrified to have any social activity with white kids because of my experiences from the camp.”

“I am a Canadian. Shakespeare is my literature. English history is my history. I happen to have a fluke of having genes that make my countenance quite recognizable as an Asian. But that fact of the matter is, my education, all of my training, has been in North America. And my commitment and my culture is Canadian.” - David Suzuki

“This is a great day for me. Everything cleared up. And now I can put my face up and walk on the street, facing anyone. I’m proud to be Canadian, yes. That’s how I feel.” - Amy Yamasaki

“I think if you asked anybody on the street and said would you trade 21,000 for 7 years out of your life and all your possessions stolen from you, etc. there is no way, you know. So this is a token but I think it’s, I suppose it’s, reasonable.” - Shirley Yamata

“No one here pretends that $21,000 each will make up for the millions that were lost, or that an apology will make up for up to seven hard years in the Kootenays. What they will do, the internees say, is prove to everybody that Japanese-Canadians were good Canadians after all.” – Karen Webb (CBC Reporter)

Please feel free to discuss and share your thoughts. Some guiding questions are provided: