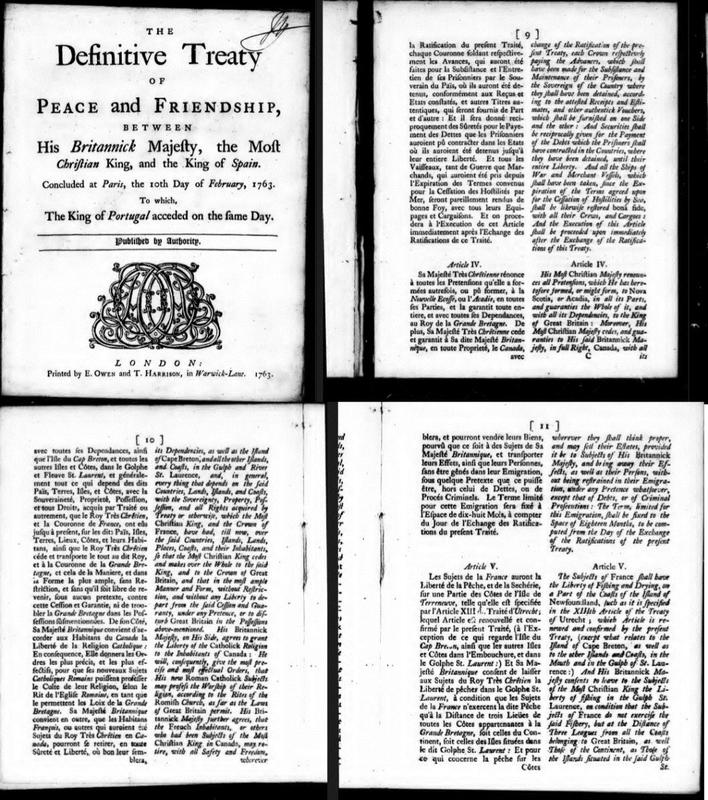 The Treaty of Paris (image has been modified)

The Treaty of Paris, displayed above, was created in 1763.  Through the signatures of England, France and Spain, the French rule of the Québec colony was transferred to the British.  In Section 4, the French were given the liberty to practice Catholicism, but this still caused concern to the French, because the terrible treatment of the Acadians by the Church of England was fresh in their minds (Doyle, 414).  Although this was presented as religious tolerance, the established governors prioritized the assimilation of French into English religious and cultural practices.  It was not until the Québec Act of 1774 that the Catholic Churches were able to collect their own tithes and gain their own bishop (Doyle, 415). 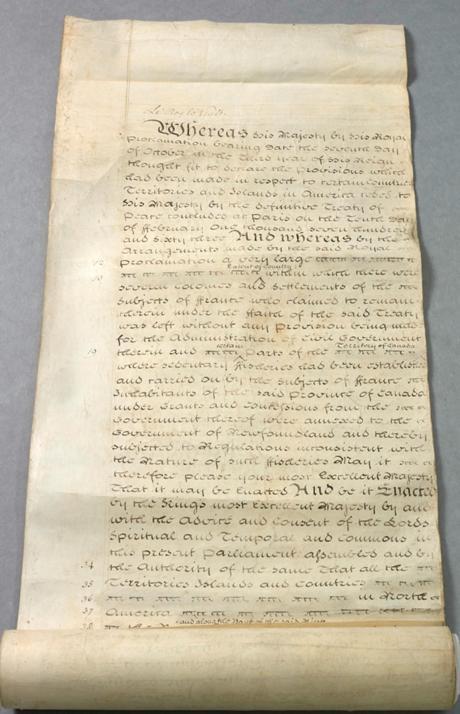