Canadian Wrongs: The Historical Context of the Chinese Head Tax 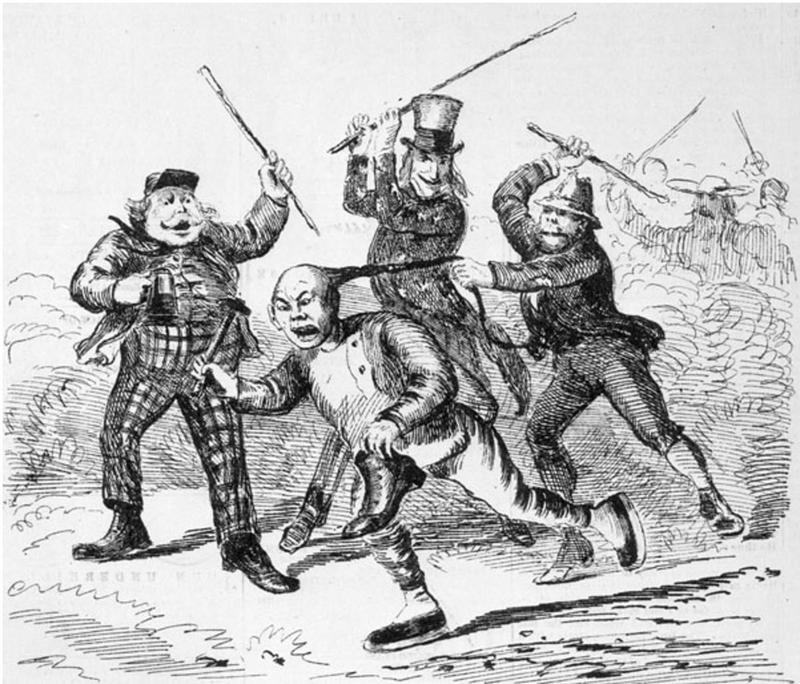 The above is a cartoon that was published in the Canadian Illustrated News in 1870. This cartoon depicts a Chinese man stealing the boot of a white Canadian, while being attacked by three white men, one of whom is depicted as Uncle Sam. This cartoon provides a concrete example of how the Chinese were stereotyped and viewed as a threat to Canadian wellbeing.

Upon their arrival in British Columbia, Chinese migrants experienced intense racism. Chinese migrants were often the scapegoats for social problems. For instance, Chinese migrants were blamed during economic downturns and for taking away jobs from white Canadians.3 More importantly, the Chinese were viewed as a “backward people who could never learn to live like white Canadians.”3 Chinese migrants were stereotyped as being thieves, and were said to carry immoral habits such as smoking opium that “threatened Canada’s wellbeing.”3 According to Library and Archives Canada, “racism against Chinese and other immigrant groups… as well as against First Nations peoples, were expressions of a powerful belief in white superiority.”3 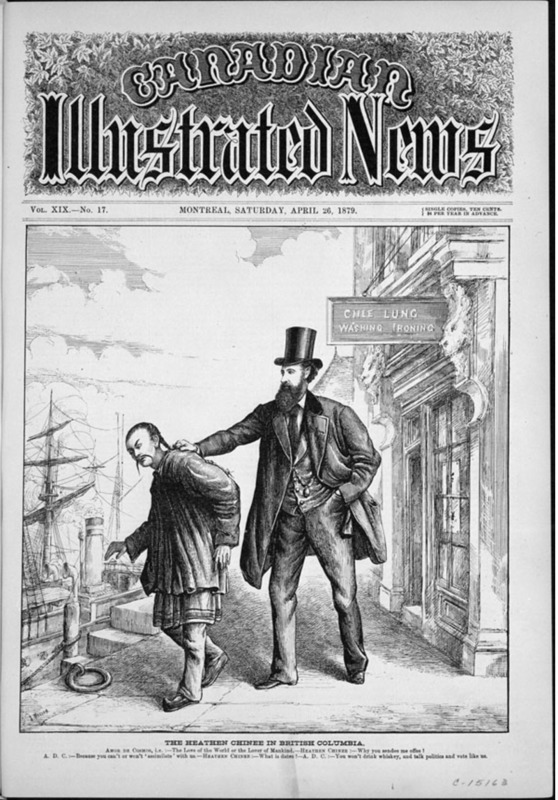 The above cartoon was published in the Canadian Illustrated News in 1879. According to Library and Archives Canada, the caption of this cartoon read: 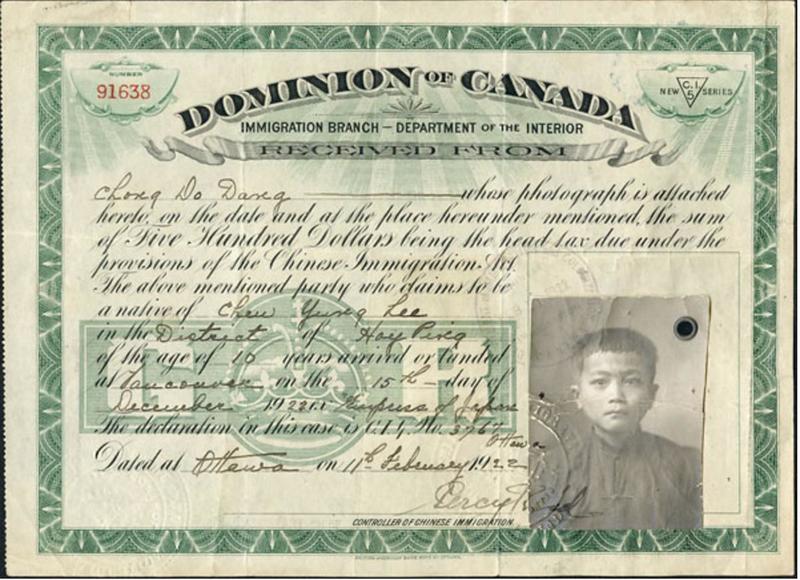 The above is an image of Chong Do Dang’s head tax certificate. Upon paying the head tax, Chinese migrants would receive a certificate like this. According to the General Registry of Chinese Immigration, Chong Do Dang was 10 years old.

The above is a screenshot obtained from the online database of all registered Chinese migrants who paid the head tax. I utilized this search engine to search for Chong Do Dang. The search reveals that he entered Canada on February 2nd 1922.