An Introduction to the Chinese Head Tax

In the 1880s, approximately 15,000 Chinese labourers arrived in British Columbia to complete the construction of the Canadian Pacific Railway. The efforts of the Chinese labourers were crucial to the project given the shortage of labour at the time. During construction, Prime Minister John A. Macdonald recognized the importance of Chinese migrant workers to the CPR’s completion, stating that “it is simply a question of alternatives; either you must have this labour or you can’t have the railway.”1 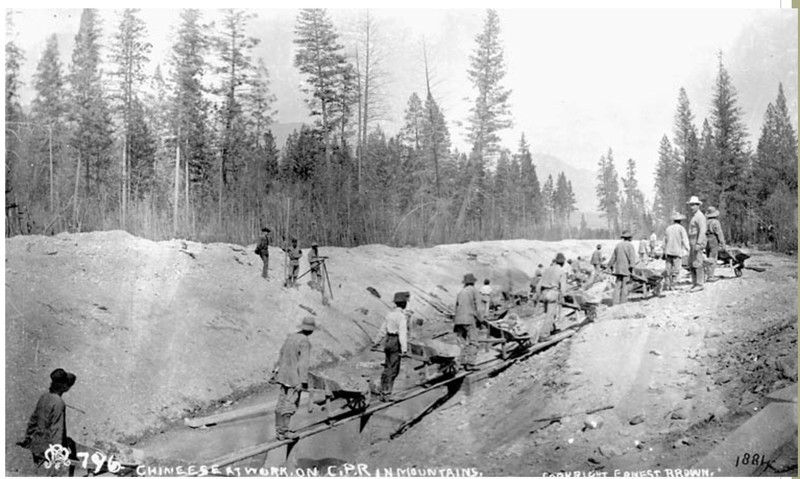 Despite their important contributions to the development of a transnational railway designed to unify the country, Chinese migrants faced extreme hostility in British Columbia.  Across British Columbia “politicians, trade unionists and white residents… resented the presence of the Chinese and called for anti-Chinese legislation to restrict their continued immigration.”2 Following the completion of the CPR and increasing pressure from British Columbia to enact anti-Chinese legislation, the Prime Minister Sir John A. Macdonald appointed a Royal Commission “to investigate the possibility of limiting Chinese immigration.”2 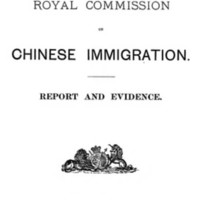 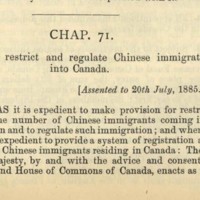 This is an excerpt of the Chinese Immigration Act of 1885 clearly displaying its intention to restrict Chinese immigration into Canada.

The 1885 Report of the Royal Commission on Chinese Immigration recommended that the Canadian government introduce a head tax on Chinese persons entering Canada. The recommendation of the Royal Commission and the Chinese head tax came to fruition through the Chinese Immigration Act of 1885. The act was explicitly designed to discourage immigration from China. The original act imposed a head tax of $50 on all Chinese individuals seeking entry into Canada. The act was amended several times to increase the scope of individuals affected and to increase the cost of the head tax. Eventually, the Chinese Immigration Act of 1923 repealed the head tax and stopped all immigration from China outside of a small class of persons.